Nollywood actress, Anita Joseph finally showed off her boyfriend on Instagram months after she was spotted in a bathtub with a mysterious man.

Describing her boyfriend as her ‘King man and the man behind her smile’, Anita Joseph added that he is the most handsome man in the world. She wrote; 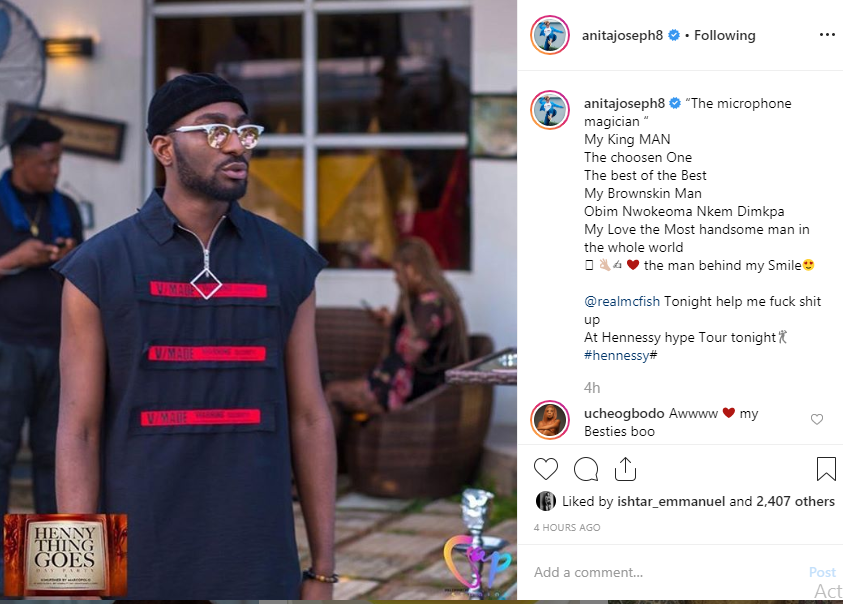 She also shared a loved up video which came with the caption;