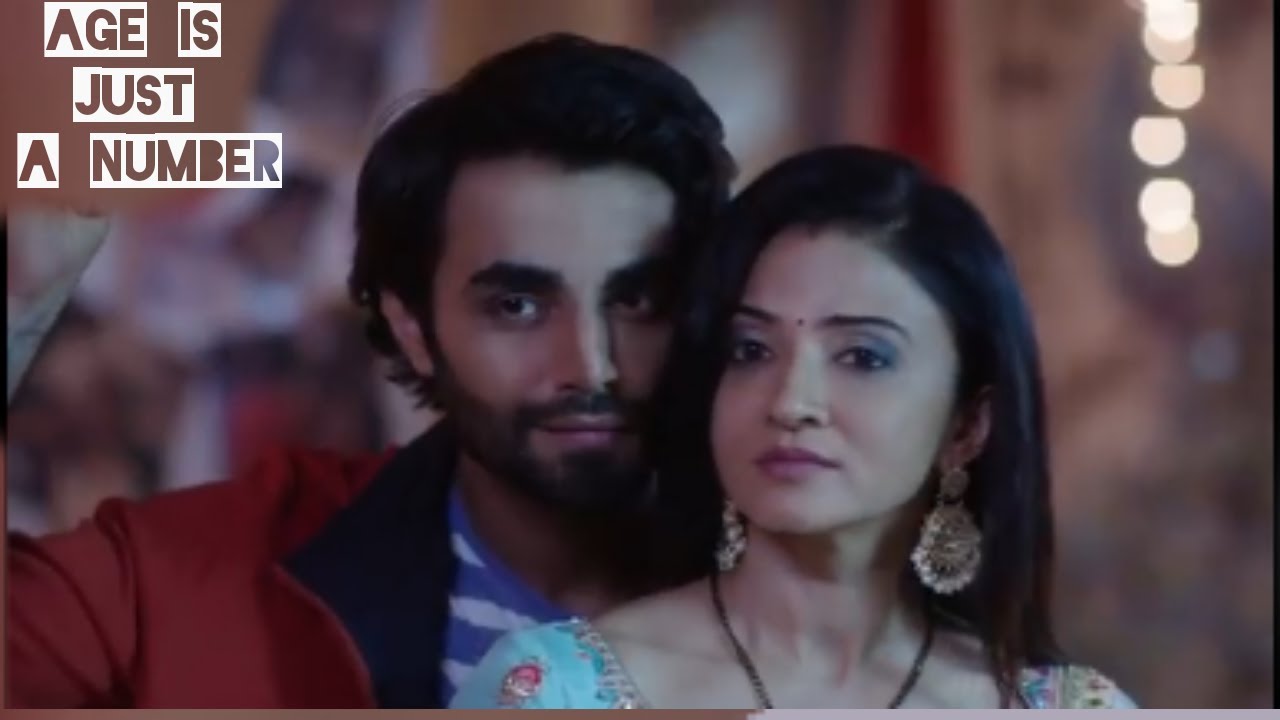 Age is Just a Number 18 September 2020 Update – The function starts with Vaidika’s dance performance. Sahil joins Vaidika on the stage and they dance together. Afterwards, Sahil complements Vaidika’s dancing skills. Vaidika thinks Sahil is with her, and she will surely get his memory back.

Backstage, Bhoomi comes to question why Vaidika danced with Sahil. Vaidika reminds Bhoomi that Sahil is her husband, Bhoomi is the second woman and must recognize what such women are called. Usha comes there to stop Bhoomi from slapping Vaidika.

Vaidika claims she has started over and will get Sahil back from their trap. Ved comes there and says he got his parent’s name in the best parent competition. Bhoomi bends down as Ved comes running forward but he goes into Vaidika’s arms.

Vaidika and Sahil were called on stage for the interview. The compare questions Sahil about Vaidika’s favorite color. Vaidika looks towards Sahil hopefully as he knew. Sahil gets a few flashes of Vaidika wearing Blue. Everyone claps for the correct answer. The next question was about Vaidika’s favorite profession. Sahil closes his eyes, then replies Teacher.

The answer was again correct. Another question was about Vaidika’s strength, Sahil replies it’s her selflessness. Bhoomi and Usha sat curtly while Sahil and Vaidika were considered the best couple. Sahil was given a chance to say a few words for his wife. Sahil looks into Vaidika’s eyes, then says best couples are made by connection of hearts. They stay together through thick and thins. Sahil was emotional and leaves. Vaidika takes the mic and says they are extremely lucky to have each other’s companions.

At Agarwal house, Aarya’s friends sat in the hall. They demand Guddu to sing a song in order to be a part of their group. Guddu says he sings really bad, but can try; he sings ‘Sanam Teri Qasam’. Aarya thinks this is her favorite drama and she wished her ideal sings it in the front of her friends. After the song, Guddu was accepted in the gang. Guddu looks towards Aarya who nods in approval.

Sahil was in the corridor, confused when Usha comes there. She appreciates that he posed to be Sahil very well as the world recognizes him as Sahil Agarwal and unaware of his twin. Sahil asks if she is sure he is Jackie and not Sahil. Being Sahil seems the right thing to him and being Jackie doesn’t.

Vaidika convince the ladies that Sahil’s importance in their life, they must try and defeat the one’s responsible for Sahil’s condition.There, Usha shows Sahil his childhood photos. Sahil had extreme headache and leaves home. Usha calls Bhoomi with an idea.

Guddu and Aarya sat in the café. He tells Aarya if she thinks Jackie is her Sahil Papa then he stands with her. Aarya withdraws her hand as soon as he places his over her hand. Aarya says no boy in her life ever came without some intention, she can’t trust him. Guddu complains if Aarya is inconsiderate about his feelings, his agreement implied he will have to lose Jackie forever but he did everyone because he likes her. He turns to leave the café requesting Aarya not to tell anyone about it at home.

Vaidika and Agarwals were having pooja at morning. Usha comes dancing with the drummer’s band. Usha comes to announce he will marry her son Jackie with Bhoomi within next three days. Bhoomi clutches Jackie’s arms. Usha had brought sweet for Vaidika.

Jackie was confused and wonders why he feels bad for Vaidika if she is nothing to him. Usha says Vaidika is fond of helping others, then what she will do at her son’s wedding? Vaidika replies she will stop this wedding. She can’t let her husband Sahil marry anyone else.

Usha about to slap Vaidika when she holds her hand in midair. Sahil was intrigued and heads forward but was held back by Bhoomi. Vaidika warns to touch her, else she may break this hand. She swears to unveil their filthy plan within next three days. She was silent by now because she felt for Usha having lost her son, but now she can’t bear her trouble Sahil anymore. She says this dummy, silent Sahil isn’t the man who used to be an energetic and full of life son of the house. She vows to bring her Sahil back within next three days. Usha takes the challenge.

In the room, Nani and Bari Amma were worried what Vaidika will do. Vaidika discuss a plan with them which may not stress Sahil’s mind as well.Bhoomi questions Usha why she challenged Vaidika, she is crazy after Sahil. Vaidika comes from behind and warns Bhoomi and Usha tonight will be their last night. Usha blames Bhoomi and youth for not being able to attract Sahil.

It was the engagement party at Agarwal house. A dance performance in which switching the companions was allowed takes place. Sahil and Vaidika end up together in masks. Vaidika now comes to speak to the guests. She says tonight is a special night and a lot will happen with the family. They have prepared a special performance for them. It was a tableau recalling her story with Sahil; there were stage actors while Vaidika narrated the story.

Age is Just a Number 18 September 2020 Update ends when Sahil was intrigued. Bhoomi tries to take Jackie from the hall but he resists and stays there. Vaidika ends the narration on the note how two wicked women made the young man believe he was actually his own twin brother. This is the story of Sahil and Vaidika. Sahil stood frosted as Vaidika held her hand to him