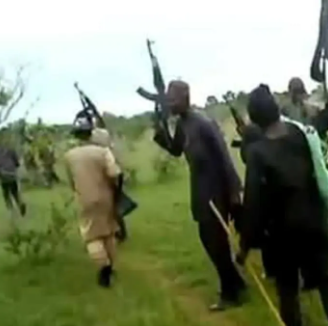 Some soldiers have been killed when the terrorists raided the military checkpoint situated around Zuma rock in Niger State which is close to Madalla town which is a few meters away from Zuba along the Abuja-Kaduna highway.

According to reports, the attackers arrived at the spot some minutes after 7pm and opened fire immediately.

According to an eye witness, he said: “They took control of the area for about 30 minutes and kept on shooting before heading towards Kaduna axis of the expressway,” About 20 minutes after the terrorists left, soldiers from Zuma Barracks rushed to the scene and took full control. A patrol team of policemen also arrived at the place.

Just last Sunday, about eight soldiers attached to the Presidential Guards Brigade were killed in an ambush laid by terrorists.

Thanks For Reading Bandits Attack Military Check Point Near Abuja