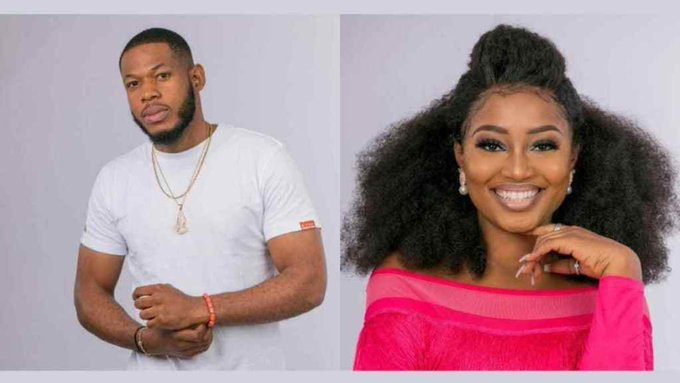 BBNaija 2019 – An incident happened in the Big Brother show last night that is trending right now on Social media.

One of the contestants of the reality TV show, Frodd was called into the Diary room after he tried to forcefully have sex with his fellow housemate and love interest, Esther.

It all started after the Saturday night party. Frodd and Esther had danced their hearts out, whispering love words to each. They giggled and threw themseleves at each other as lovers would do.

Afterwards, everyone retired to their bed to catch some sleep. Frodd who was apparently high on alcohol and love, jumped on Esther’s bed, pulled his boxers halfway and attempted to have sex with her without her consent.

Shocked by his action, Esther pushed him away and warned him seriously, stressing that she was not playing with him.

He replied saying how come she still has plenty energy as he thought she was constipated.

This caught the attention of Big Brother who immediately ordered him into the Diary room.

Watch the moment Frodd was pants down and about to 'pull a Kemen' on esther, smh 🤦🏽‍♂️. Big brother had to call him to the diary room to save esther @BBNaija #frodd #esther #saynotorape #BBNaija pic.twitter.com/Rczz21WNDE