Katie Price is about to be a bride for the fourth time. The media personality is engaged to Kris Boyson. She made the announcement on Loose Women and showed off her engagement ring.

While speaking about her new album, she was asked what her big announcement was and she laughed and said: “Can’t you see?” She then flashed the ring on her finger then added: “Kris bought the ring for that finger so there you go, I have luck in my life.”

The panelists went on to ask her about her soon to be ex-husband Kieran Hayler, who she married in 2013, and whether or not he still has feelings for her. 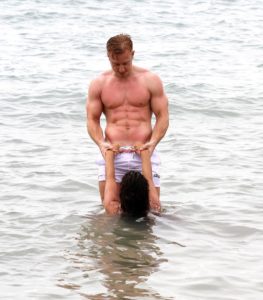 In reply, Katie laughed and said: “The thing is with me and Kieran, we would never have split up if he had behaved himself. We get on so well, the banter, we have two children together and it’s so nice when you get on with your ex when you have children.”

Speaking of her new fiance, Katie said: “He’s a good guy and he’s so good with Harvey (her son) and Harvey is obsessed with him.” 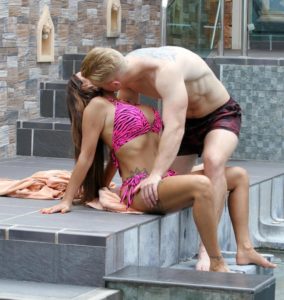 She also said her ex-husband and her fiance get along well.

She added: “Kieran and Kris get on. They do get on so that’s good, with Pete, I’m talking to Pete a bit – I talk to Emily more than him – so things are going well.”