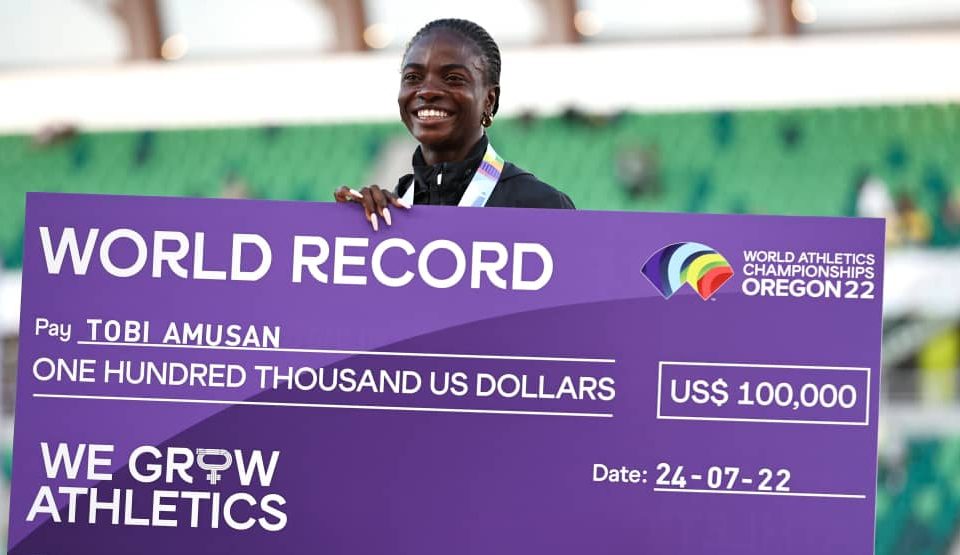 Hundreds of youths and women in Ijebu Ode, Ogun State held a rally in celebration of hurdler Tobi Amusan, who on Monday became the first-ever Nigerian athletics world champion and record holder. The rally was held in front of the roundabout in front of the school. (Residents of Ijebu Ode Holds Rally)

Ijebu Ode-born Amusan, 25, ran a time of 12.12secs – shaving almost a tenth of a second off the previous world record held by American Keni Harrison (12.20secs) – in the semi-finals of the World Championships in Oregon, USA, before going on to win gold in the final at the Hayward Field stadium.

The Registrar, Our Lady of Apostles Secondary School, Ijebu Ode, Adeeko Lateef, said Amusan’s former training mates joined up with the students of the school on Monday, prior to their National Examination Council exams to recite the national anthem.

“Tobi’s (Amusan) Victory put the school’s name on the global map of the world.

“She finished from the school in 2011 and was part of our relay team back then. She was a quiet girl who always kept to herself but on Monday we had to join the rest of the town in celebrating her Victory.

“All the students see her as an inspiration because as small as she was back then, nobody gave her a chance to succeed, but she defied the struggles to excel.”