Blessing Okoro has been served a lawsuit notice by Tacha, days after she called out the Big Brother Naija star and accused her of sending assassins to kill her.

Recall that the Instagram blogger who joined the growing list of people that have called out the reality show star for allegedly being ungrateful, stated that Tacha will be suicidal when she is done dealing with her. She also alleged that Tacha has no father as she claims, but only an orphan.

Reacting to Blessing Okoro’s rant, Tacha who demanded N20m as compensation for damages also asked for an apology which should be issued within 48 hours. She further stated that the blogger will face legal consequences if she fails to comply with the demands.

Read the lawsuit notice below; 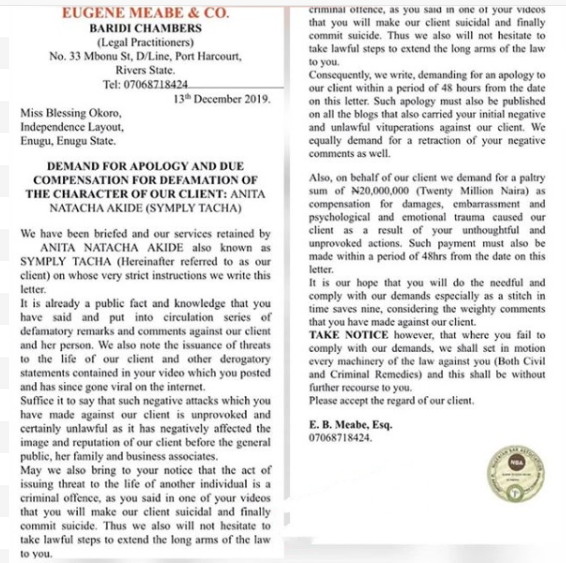