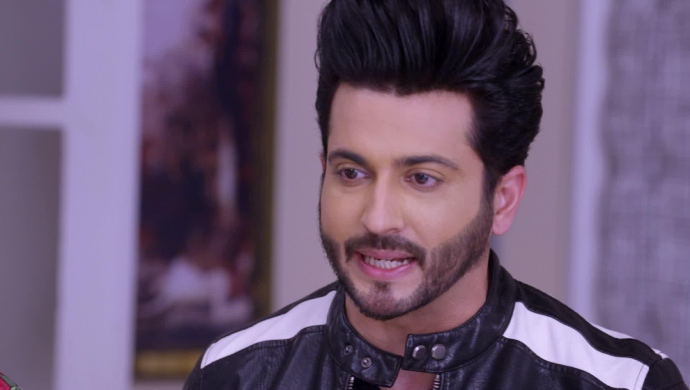 This is Fate 20 September 2020 Update starts as Karan enters the room he is shocked to see Prithvi on the floor, he tries to wake him up but Prithvi does not listen, Sherlin sees him with kerosene wondering if he came to kill Prithvi, Karan seeing Prithvi thinks that he might have gotten scared.

Karan takes the mobile and calls acting as if he is Prithvi, he then immediately hides, Sherlin sees karan and gets tensed wondering if he might see her. They both are hiding when the staff arrive, they try to help Prithvi by calling the doctor but the phone is dead so they take him to the next room, karan witnessing the chance plans to burn the room, he takes the kerosene so after putting it everywhere in the room, lights it up with a match planning that he will not let Prithvi marry Preeta under any circumstance,Sarla is with Prithvis mother.

Shristhi along with preeta and Janki come and they are all wondering how the fire started, they try to calm Sarla, just then Prithvi is also brought before their eyes, Bi jee advises his mother takes him to the hospital, they all are wondering what to do when karan passes by them and hits preeta on the hand, they both stop suddenly feeling the connection, Karan leaves after standing there for a while, Preeta wonders why she felt that karan was in her wedding but then she thinks that it is just her imagination and this could not be the case.

The firefighters arrive, they are sent to the first floor. Sherlin wonders why karan is doing such a thing, she tries to run but the door does not open, Janki comes and she makes sure that everyone leaves, there is a knock on the door, janki wonders who might be trapped in the grooms room, she is trying to open it but is not able to, Rishab sees her but does not go wondering that Janki might not like him so he takes a mask and then helps her but when they open the door there is no one there, Rishab says that she might not have heard but is feeling that there is someone in the room, janki is not contented that there is someone, Sherlin leaves as soon as she gets in the room.

Rishab is standing outside and wondering where karan might have gone, he is really happy to see that Karan is standing outside the hall, they both come and get away.Sarla is in the room with preeta and Shrishti, then Janki comes with a doctor, he injects Preeta with the sleeping injection, advising that they let her rest as she has suffered from chest pain which might be because of high blood pressure, they all ask how he came so early, the doctor explains that they were informed of the fire in the hall so came with the rescue team, Preeta wonders how they could have arrived so early as it nearly takes thirty minutes to come to their house.

They all try to think of any reason that someone might want to harm them and at the same time has also prepared for the first aid, which is really odd.Rishab and Karan are not able to control their emotions they both explain the plan, Rishab explains that he called the rescue team and also gave Sarla the money under a fake boking so that she can cover up the loss, Karan smells the scent of pan but is not able to remember anything about them, Rishab explains that he bought pan worth six thousand rupees for his team, both burst into laughter as it was a huge amount, Karan makes Rishab promise that he will not tell anyone about where they were and what they did.

Sanjana opens the door, it is Sherlin who is very angry, she comes in and its, and does not reply even when Sanjana asks what the matter is and if something happened in her life, Sherlin gets really angry saying that she only worries for the Luthra’s but she only cares for them which makes Sherlin wonder if she is even her real daughter, Sherlin shows her the burn mark, which makes Sanjana feel worried for what she said to her daughter.

Sherlin demands that she call Karina apologizing on her behalf for not being able to attend the engagement, Sanjana is not convinced with the plan so refuses however Sherlin forces her to make the call.

Karan and Rishab enter the house, they both are amazed to see the decoration, Maira and her mother are busy in the setting of the house, she asks karan where he was, Karan immediately turns to Rishab asking if it is necessary to answer her question, Rishab answers that he himself agreed to marry her so is liable to answer her but if he decides to back out then would not have to say anything, Karan explains that he was in a meeting with Rishab who is also forced to agree to the excuse.

Rakhi is instructing the workers about the decoration, Rakhi starts to scold them both about where they were, she asks why karan was not answering her calls, karan apologizes explaining that he was busy, Maira mother asks both Rakhi and karina for the gift, they say that she had it and then go to search for it,Maira comes to karan asking if he would always leave without informing her, Karan explains that he has no interest in going to the Mandir asking if she feels worried that he doesn’t believe in god, she agrees and then leaves.

Rishab is trying to convince Rakhi that he was in a meeting with the clients that came from London karan comes asking what they are talking about, Rishab explains that she is not accepting the fact that karan was with him because she feels that he still has feelings for Preeta.

Karina comes back with Ramona and the dress which she and Maira brought for him, she expects that he wear the same dress, Karan also agrees then both Rishab and karan leave to get fresh.Prithvi is in his bed, his mother is stranding beside him wondering when he will wake up, he regains conscious and then again gets unconscious, his mother wonders why he is still wanting to marry Preeta even after she has married someone else.

Shrishti is walking in the market when she sees Sameer, she calls him so he immediately stop the car, he is very frustrated saying that he called her but she never answered and she herself explained that they must do something to strop karan wedding but her sister is herself getting married, Shristhi explains that it is not like that,

Preeta only agreed to marry Prithvis because Sarla got ill and also she made sure that Prithvi backs out as she is still Karan’s wife but the wedding stopped before anything could happen because of the fire, she explains that she feels karan was the one behind the fir in the hall because he could not see Preeta marrying someone else so made sure of it, which is really romantic. She asks if he would also be like karan, he thinks of calling karan asking if it was him who came to the Kumkum Bhagya hall, he calls him but karan is in the house, he thinks that he will go and ask him to make sure of it, she explains that she will go back home as she has to give Sarla the medicine, they both leave for their houses.

Prithvi is in his room, he wakes after saying Preetas name, he wonders how he came back to his house as he should have been in the mandap because he was supposed to marry Preeta, he calls his mother and is anxious to know how he came in his bed, his mother explains that he cannot marry Preeta as because of it the gods got angry.

Prithvi asks what happened, she explains that it is because of the god and that the fire broke out, he thinks that Sherlin was angry and the one behind the fire, he advises that she could have taken him and Preeta to the Mandir, his mother explains that it cannot happen because he was unconscious and Sarla also felt chest pains, he thinks that his own plan backfired, he asks if he can marry Preeta but she tries to explain that it cannot happen, he starts to break the things, he explains that it is because of Sherlin who is still in love with him and is the reason behind everything, she was the one who fought with him which caused the injury making him unconscious he feels that everything has ruined.

After ending the call Sherlin leaves after ordering that Sanjana call a doctor to arrange for her treatment.Karan is in his room he is frustrated at Preeta, he thinks that he had to marry her and now again he is going to marry Maira because of Preeta, Karan exclaims that he feels the other girls are a lot better then Preeta, he wonders that she should also come to stop his wedding because he did the same with her. He is sitting when Sameer comes saying that he ahs brought the rung which he asked him to.

Sameer thinks that he should ask karan if he knows that Preeta was not able to marry Prithvi and if what Shrishti said was true, Karan turns asking Sameer if has any question, Sameer explains that he wants to ask him if he was near the hall, karan denies but Sameer mentions that the waiters were talking, karan thinks that the one who asked him for a photo might be the one.

Preeta comes and is shocked to see that Sarla is awake, she asks her to drink the water, Sarla says that she was not able to marry because of her, preeta pleads that she doensot worry as the can marry again.Sameer again asks if he was near the Kumkum bhagya hall, Karan denies it saying that he can ask Rishab because he was with him.

This is Fate 20 September 2020 Update  ends as Sameer thinks that he would never let karan do anything of the sort.Karan is staring at the ring, Sameer while standing at the door asks if he really wants to marry Maira, karan exclaims that he wants to but is really still confused.