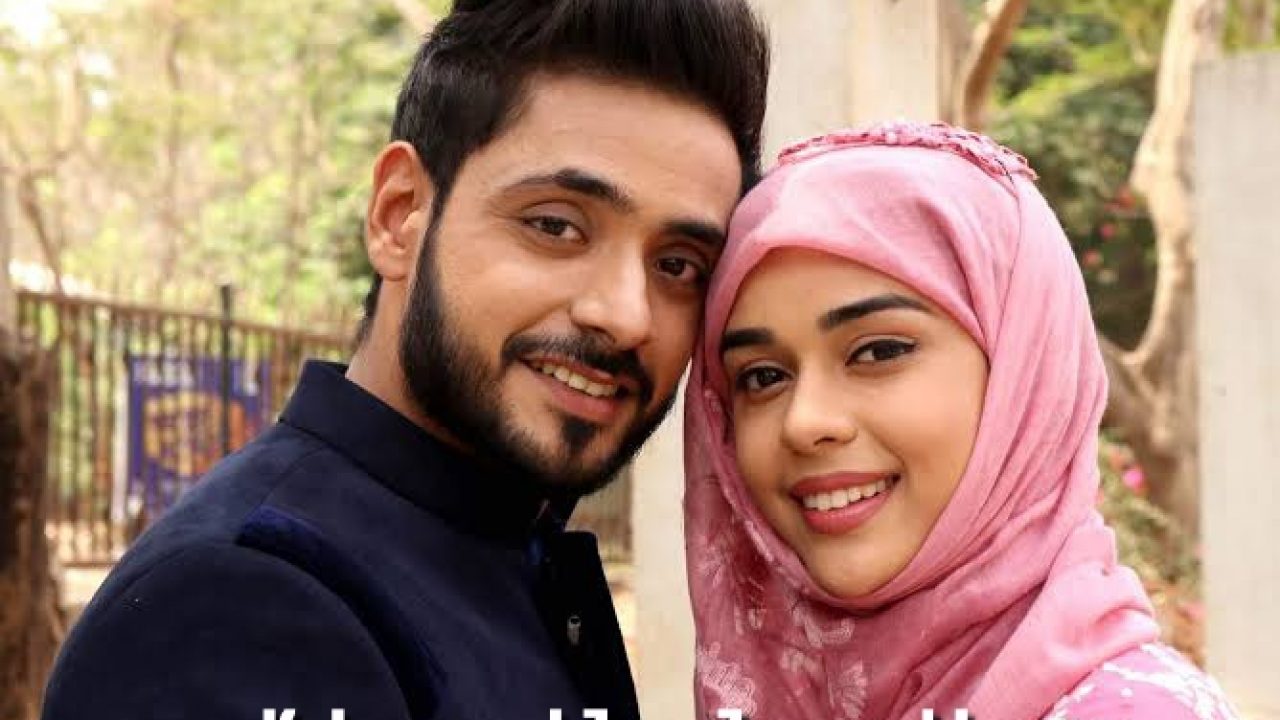 Zara’s Nikah 26 November 2020 Update starts as Zara says to Kabir that I am going to Salma’s house, she must be worried. Kabir says okay, I will drop you. Zara and Kabir are in car. Zara says you didnt have to drop me. Kabir says your protection is my duty. Zara says you will pick me from sharia board too on 12th? Kabir glares at her.

Salma prays to God for Zara and Kabir. She gets call from Ayesha. Ayesha says Zara is coming there, try to make her understand, Kabir promised that if Zara goes to sharia board for Kausar then he wont see her face again, please ask her to save her marriage, she cries and ends call.

Zara says to Kabir that why you are worried about me? you wouldnt know where I am after two days, you promised because of your ego. Kabir says no, you cant let this relation break like this. Zara gets emotional and gets down from car. She cries and looks away. Kabir pulls her closer. Zara says our beautiful relation is breaking because of you, if it happens then I wont forgive you. Kabir says you let this relation break then I will never forgive you. He pulls her and hugs her, mere sang plays. He kisses her forehead, they both cry.

Shahbaz tells Ayesha that I am going out, dont worry. Shahbaz asks driver to take him to one address. Driver says Zeenat wanted to go to same address.

Kabir drops Zara at Salma’s house. She says you will come to pick me? He nods and leaves.

Salma says to Irfan that she is breaking her relation and you are not doing anything? Zara comes there. Salma says Ayesha called me. Zara hugs her.

Zeenat sees Shahbaz’s car outside and thinks I will follow him. Ayesha asks where are you going? Zeenat says I have to buy something, Ayesha nods and leaves. Shahbaz is on call and says to lawyer that Zara doesnt listen to me so remove Zara’s name from list and I will give it to pious daughter in law, I just wanted to threaten Zara so dont do anything, he ends call.

Zeenat thinks that I thought he is upto something but its just about property and will. She comes to Shahbaz and asks if he needs tea? He says yes and thinks both are pain for me.

Salma says to Zara that you cant break your relation because of rights of some woman. Zara asks Irfan what do you think? If I should follow Kabir who is forcing me to stay back because of a promise or should I fight for a woman who is counting on me. Irfan says I got you education, I gave you sense so its your duty to find whats right path to follow.

Kabir comes to Zara. He asks what did Irfan say? Zara says he asked me to choose for myself, I think women are in jail here, nobody asked you to take your promise back and save our relation, only women have to save their relations? Men dont have to do anything? Kabir is stunned.

Kabir comes to Zara in room and says I worry about you a lot, I saw you didnt eat. He pulls her closer but sees papers in his hands. He says you are studying Bilal and Kausar’s case? You took your decision? He throws file away and shouts that I am doing so much for you, I fight for you but you are doing this?

In morning, Ayesha asks Zara to save her marriage, everything will be fine. Zara cries. Zara gets call from woman who says that Kausar got to know that you are not fighting her case anymore so she tried to kill herself and her kids. Zara is stunned.

Shahbaz says to Kabir that handle your wife, he asks him to call Bilal. Kabir calls Bilal and says tell me if you need anything. Ayesha and Zara comes there. Zara cries and says they are in ICU, this all happened because of me, she was hoping that I would support her but I moved back, she wouldnt have put her life in danger if I didnt say no. Kabir says dont worry, she will become. Ayesha says its not your fault.

Shahbaz asks her to not worry, you did right, human have to choose one path and you did right by backing away from this case, you proved to be a good wife and we are proud of you, we are sad for Kausar and her kids but she became hopeless so its not your fault. Ayesha says we will pray for her.

Zara says I will go and offer namaz, I backed away from my promise, you people can say anything but I did a sin and I have to repent it, she leaves from there. All look on. Zeenat smirks.

Rizwan thinks that my plans are failing, I have to think something big. A woman in veil comes there. She says give me power to throw someone from stairs, she takes off her veil and its Zeenat. She says I have come to discuss something. Rizwan asks her to leave, I dont need you here. Zeenat says lets talk maturely, I know your plans failed but I can tell you something, you have make a deal with me.

Rizwan says I want to become head priest then why will you help me? Zeenat says I want to take revenge for my sister, I can do this alone but we join hands then it will be benefit for us both. Rizwan smirks. Zeenat says good, now listen to me. She tells him a plan.

Zara is praying for Kausar. Kabir comes there. He calls Imran and asks him to go to Bilal. Kabir sits with Zara and says I know its difficult for you but you didnt do anything wrong. Zara says when I told her that I wont fight her case. She said that you cant leave my case, she pleaded me, said that I am doing in injustice, she tried to kill herself because me, I cant forget it. They hear some women chanting against Kabir and Zara outside their house.

They come in lounge. Reporter on TV tells that Zara backed away from case because her husband threatened to leave her, Zara is a strong woman but she was selfish to save her marriage and let Kausar die. Shahbaz is angry.

Kabir says they are angry, Shahbaz asks Zara to go and tell them that she left this case on her own. Zara says sorry, I broke one promise but I cant lie anymore. She leaves. Shahbaz says call her parents and ask them to take her away.

Scene 2Salma is praying for Zara and says I have to meet Zara, she cant change her decision. Irfan says she can take her life decisions. Salma says please go with me, I have to talk to her.Zeenat calls Rizwan and says all are against Zara, I am just waiting for drama.

Zara calls hospital and asks about Kausar. Nurse says she is better.

Zara comes to hospital and goes from back door to Kausar. She sees her lying in bed. Zara says Kausar.. Kausar looks at her. Zara says God is with you, why you did this? its a crime, you didnt get scared? Kausar says when you said it was like my and kids’ future broke, its not only my case, its case for women society, you did so much for us, if you move back then its defeat for all women, even if I die, go to sharia board and give me justice, I am requesting you, dont lose this case, this is my last wish… she huffs.

Zara’s Nikah 26 November 2020 Update ends as Doctor comes there. Nurse asks her to let her rest. Zara leaves from there and recalls Kabir’s promise.